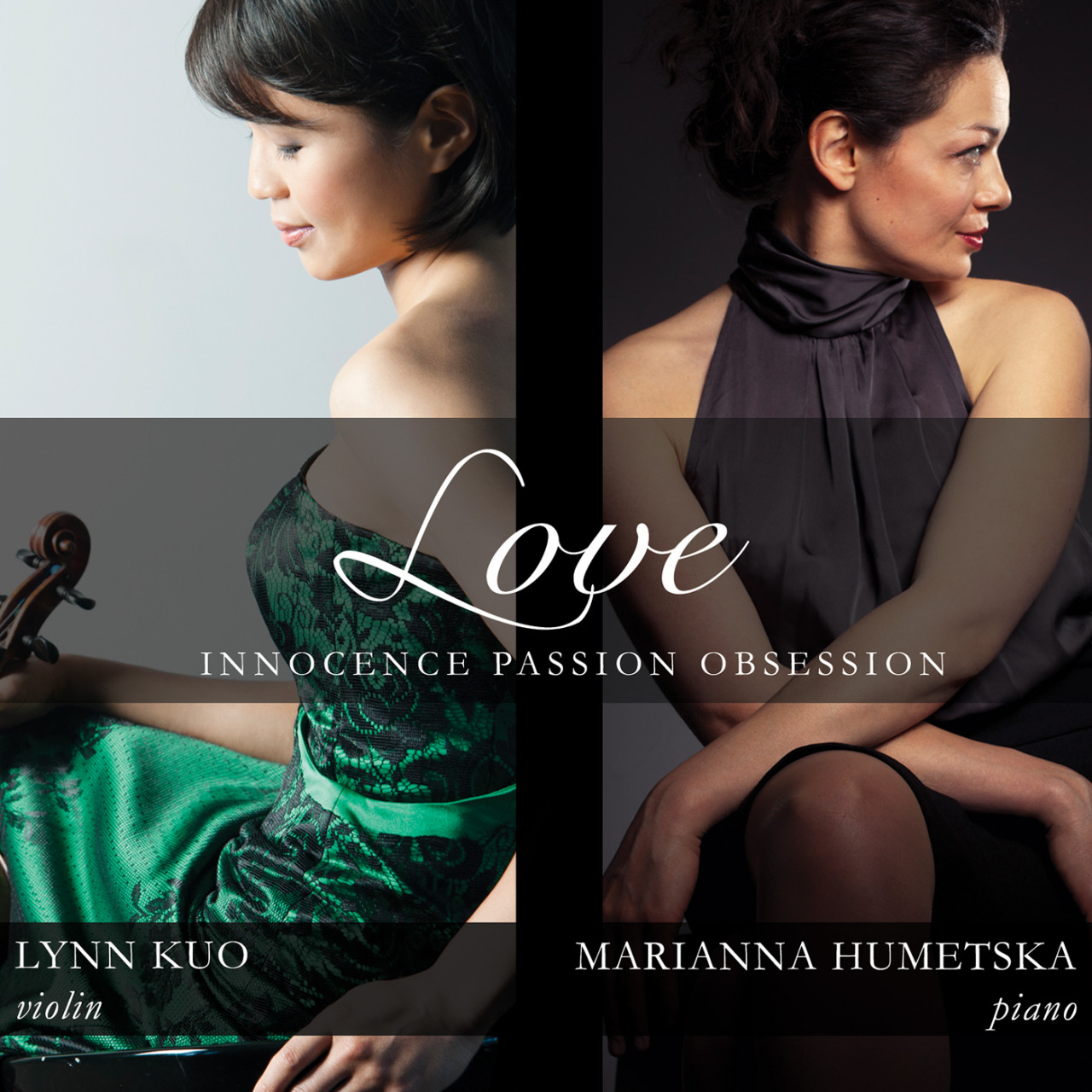 “Love is like a violin. The music may stop now and then, but the strings remain forever.”
~Unknown

To explore the subject of love in literature, visual art, dance, film, and music, one discovers no shortage of works from history’s artistic creators. Among them have included William Shakespeare’s classic play Romeo and Juliet, Sergei Prokofiev’s inspired musical score of the same name (along with its corresponding balletic creations), and Leonard Bernstein’s own contemporary operatic adaptation West Side Story. The world of visual art boasts iconic examples such as Gustav Klimt’s much-loved painting The Kiss and Auguste Rodin’s sculpture of the same name.

The music selected for this album is no less inspired and counts itself as another of the musical tributes to this worthily celebrated, romanticized, and obsession-worthy topic. The album assumes an interpretive and curatorial approach, deriving its content from the recital program of the same name that was created for the concert stage. As such, the music on this album is intended to take the listener on an interpretive journey of love, at times story-telling, at other times paying homage to the works’ background, inspiration, and representational suggestions.

The popular Sonata in A major for violin and piano by César Franck (1822-1890) begins the album, chosen for its symbolic reference to love as much as for its musical interpretive value. Composed as a wedding gift in 1886, it was presented to and performed on the same day by the Belgian violinist Eugène Ysaÿe (1858-1931) on the morning of his wedding. The only violin-piano sonata Franck composed, this beautiful work not only represents the celebratory union of two individuals but also the fraternal love expressed by the gift-giver.

As taught by the beloved Hungarian-Canadian violinist and pedagogue, Lorand Fenyves (1918-2004), Franck's Sonata in A major may be poetically interpreted as a musical representation of a life-long love relationship. Conveniently, Franck's cyclical themes heard throughout all four movements create a thematic thread through the work that subtly suggests the journey of two lives jointly marked by past reflections.

The first movement, Allegretto ben moderato, begins with perfumed, dreamy innocence and represents new romance that is young, tender, and budding. It is sweet, pure, and seen through the tint of romantic rose-coloured glasses. The fiery and passionate second movement, Allegro, brings us to a love that has quickly developed into an intensified fervour. In this state, love both revels and relishes in its own passion, which is at once exultant and turbulent. In the third movement, Recitativo – Fantasia, one hears the maturation of love, which stoically navigates the hardships that come with a deepening, and at times, sacrificial relationship. The fourth movement, Allegretto poco mosso, with its pleasant dolce cantabile theme heard in canon between the piano and violin, may be interpreted as two people in the twilight of their journey, enjoying an autumnal state of blissful resignation, sagely moving towards an ultimately joyous end.

Astor Piazzolla's (1921-1992) Milonga en re brings mystery, sensuality, and intrigue to the presentation of romantic love. With the art of tango comes the achingly intimate dance form with bodies intertwining in mesmerizing and beguiling forms. The romanticism of love is heightened by the palpable tension and subtle, seductive desire heard in this short concert piece.

In so far as Franck's Sonata in A major and Piazzolla's Milonga en re were chosen for their representations of éros (the Ancient Greek word for passionate and romantic love), and agápe (representing spiritual and sacrificial love), Michael Pepa's Fantaisie bohémienne was chosen for this album due to its symbolism of philia, i.e., the love one feels for one's country and culture.

Serbian-Canadian composer Michael Pepa’s (b.1939 ) cultural heritage stems from Balkan Europe and can be easily recognized in the distinctively Romani-inspired musical language, both in the improvisatory, recitativo-like and fast bravura sections. Composed in 2004, Fantaisie bohémienne has since been transcribed and expanded into a version for violin, piano, and string orchestra.

Nino Rota (1911-1979), a prolific Italian film composer, perhaps best known for his film scores for The Godfather trilogy, composed Improvviso en re minore for the 1948 Gianni Franciolini film Amanti Senza Amore. Known by its English title Prelude to Madness, this film sheds light on the dark and jealous under-currents of romantic love.

Adapted from Leo Tolstoy's 1889 novella The Kreutzer Sonata, Amanti senza amore tells the calamitous love story of a prosperous doctor and his pianist wife. An unhappy marriage leads the pianist to attempted suicide and ultimately to seek (platonic) companionship with a violinist. Jealous and suspicious, the doctor murders his wife only to discover later that his jealousy was unfounded. The sinister, murderous undertones in this short piece effectively remind us that love can cut with dark and tragically dangerous edges.

Russian virtuoso violinist Igor Frolov's (1937- 2013) Concert Fantasy on Themes from Gershwin's 'Porgy and Bess', Op. 19 presents an expertly arranged medley based on George Gershwin's popular American folk opera, which originally premiered in 1935 in New York City's Alvin Theater. Based on DuBose Heyward's 1925 novel Porgy and subsequent 1927 stage play co-authored with his wife Dorothy, Porgy and Bess is a tragic love tale set in Catfish Row (based on Cabbage Row) in Charleston, South Carolina and features, among others, now Great American Songbook standards Summertime; Bess, You is My Woman Now; and It Ain't Necessarily So.